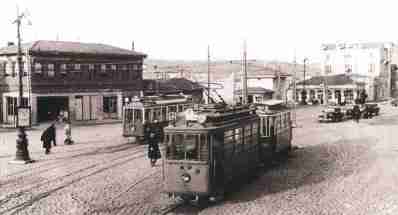 Uskudar is located on the Anatolian side at the entrance to the Bosphorus. Historicaly Üsküdar was located between Salacak and Pasalimani neighborhoods, but it grew everyday like other districts of Istanbul. Today it stretches to Umraniye on the east, to Kadikoy in the south, and to Beykoz in the north.

Üsküdar was the third Muslim judgeship of Istanbul, besides Galata and Eyüp. It represents Anatolian Turco-lslam tradition. First of all, Üsküdar is geographically Anatolian. It is located on the borders of Anatolia which is drawn by the waters of the Bosphorus. It is also Anatolian demographically. The Muslim people, who came from Anatolia, resided in this area after it was conquered by sultan Orhan Gazi in 1352. Üsküdar was the first part of Istanbul to be captured by the Ottomans. It was the messenger of a huge conquest in 1453. Sultan Mehmed the Conqueror speeded the immigration from Anatolia to Üsküdar. The famous Turkish traveler Evliya Celebi, who lived in the 17th century, wrote that there were 70 Muslim neighborhoods in Üsküdar and most of the people had emigrated from Anatolia. He also stated that there were 11 Greek and Armenian, one Jewish, and no French neighborhoods in the district. This gave an ethnic and culturally homogeneous structure to Uskudar.

Üsküdar is the section of Istanbul which has the strongest connection with Anatolia. It was the center of trade with Anatolia until the railway was installed in the 19th century with Haydarpasa train station. It was also the starting point for trade with Iran and Armenia. All Armenian and Iranian merchants arrived in Üsküdar with their trade caravans. Therefore Üsküdar became a trade town in the 16th and 17th centuries.

In spite of this fact, Üsküdar was always quiet and modest. Its streets and houses were nice and well maintained. Karacaahmet cemetery, the oldest and largest Muslim cemetery in Istanbul, is located in Üsküdar. There are many cypress trees in the cemetery, and with its vegetation it is more like a park than a graveyard.

Üsküdar is not only a point of separation where people live their life. Every year people going to Mecca for pilgrimage were sent from Üsküdar. The "Surre Alayi" which brought the presents of the Ottoman Sultans to Mecca and Medina governors were sent from here as well. Therefore, the neighborhood is used to separations; it sends both the dead and Hajj candidates with ceremony.

The Marmara Sea was not the cause of separation, but means of the transportation. When you travel by the sea to Üsküdar, Kizkulesi welcomes you first. This beautiful tower is one of the beauties and symbols of the district. When you reach the shore, another beauty welcomes you; this one is the Mihrimah Sultan Mosque, built by great architect Sinan who also built the Süleymaniye Mosque. The Sultan Ahmed III fountain, which beautifies the square, catches your attention, too.

Usküdar has changed today, like the rest of Istanbul. Most notable is that nothing remains today of the shore-side palaces which were built in the 18th century. Its green hills have become cement blocks loosing its traditional architectural characteristics. Just a few of the street with wooden houses with balconies and bow-windows are still alive. But regardless of everything, Üsküdar has kept its quiet Anatolian atmosphere with its bazaars and local stores.

There are regular passenger ferries to Üsküdar from Besiktas and Karaköy piers, as well as the subway to Sirkeci using an underwater tunnel called Marmaray.