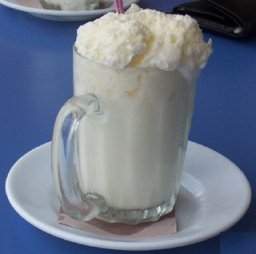 Ayran (yoghurt drink) has been one of the most popular drinks of the Turks since the discovery of Yogurt among the Turkish tribes in Central Asia. It is simply made by diluting yogurt with water. Some salt is added to taste and best served chilled.

Ayran not only accompanies any meal and especially kebabs, but is drunk as a refreshing drink by itself especially during hot summer months in Turkey. It is common among in all regions of the country, only the slight variation being its thickness. Especially in the south, for example, thicker ayran is preferred. But the best of this unusual but simple drink is made in Susurluk town, near Balikesir city, who are so proud of their bubbled ayran that they have a local festival for it in the beginning of September every year.