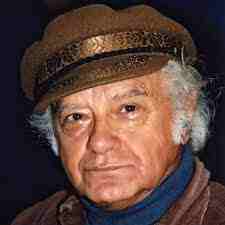 Attila Ilhan is a Turkish poet, novelist and screenwriter of 20th century. He was born on 15th of June 1925 in Menemen, Izmir, and died in Istanbul on 10th of October 2005.

He received most of his primary education in Izmir but because of his father's job he had to study in different cities. While in high school in Izmir, he sent a a poem of Nazim Hikmet, a famous dissident communist Turkish poet, to a girl he was in love with. This issue caused him a big trouble; at the age of 16 he was arrested, taken into custody for 3 weeks, dismissed from school and jailed for 2 months. After his imprisonment, which interrupted his education for a while, Ilhan was graduated from high school only in 1946 and enrolled in Istanbul University's Law school, which later he left his studies to pursue his own endeavors.

Attila Ilhan traveled to Paris several times to help liberate Nazim Hikmet, and each time on his return to Turkey he had issues with the police due to his communist views and contacts.

Attila Ilhan's poem, "Cebbaroglu Mehemmed" won the second prize in 1944 among many poems written by famous poets in a poetry contest. He published his first poetry book "Duvar" (the Wall), in 1948. In all his life Ilhan wrote 56 books and 6 scenarios for telenovels.